Blog - Latest News
You are here: Home1 / News2 / Why You Should Include Rehabilitation in Your Veterinary Practice 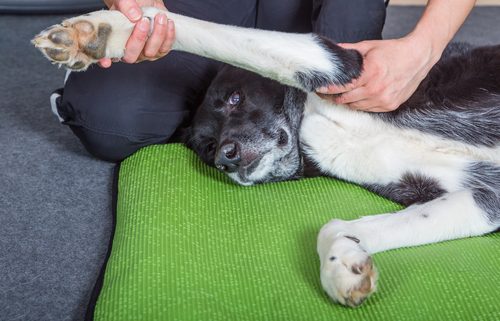 Pets requiring surgical procedures are very common in most veterinary practices. Often times, intervention may be the only solution to alleviate the pain and discomfort felt by animals. While surgical intervention is deemed necessary depending on the severity of the problem, not much emphasis is placed on rehabilitation, which could be even more important than the surgery itself.

It’s not a stretch to say that post-operative rehabilitation is helpful; the very notion of it is supported in veterinary literature. A study published in the Journal of the American Veterinary Medical Association found that swimming allowed a greater range of motion of the stifle and tarsal joints compared to walking thus making it the preferred activity for a better chance at return to function. The conclusion was reached after the kinematic analysis of the hind limb was examined in healthy dogs and those that had cranial cruciate ligament rupture surgery.

A different study also highlighted the benefits of rehabilitation compared to traditional cage rest followed by slow return to routine activities. This study looked at the use of electrical stimulation of muscles on dogs with surgically treated cranial cruciate ligament-deficient stifles. The study showed that additional treatment following surgical stabilization improved limb function.

It’s not only studies that highlight the benefits of rehabilitation for pets. The advantages occupy portions of textbooks and are also highlighted in journal articles. Clinical Techniques in Small Animal Practice noted that rehabilitation has become common in recovering small animals that suffered from fractures.

There are several rehabilitation interventions provided by veterinary professionals for pets to enable them to make a full recovery. Treatments include electrical stimulation, passive range of motion and stretching, soft tissue massage, superficial thermal modalities, therapeutic ultrasound, and therapeutic exercise.

Relaying the Importance of Rehabilitation

But as veterinarians, it doesn’t just stop at suggesting rehabilitation to pet owners. You must also inform owners on the proper handling of pets that have gone through surgery as well as recommended changes to be made at home to ensure a safe environment for recovery.

As veterinarians, we shouldn’t stop at just relaying information regarding rehabilitation; we must also write down these instructions for pet owners. Doing so helps owners comply with instructions to guarantee the recovery of their pet.

Caring for pets after they had surgery isn’t just a necessity; it’s also a way of strengthening the emotional connection between owner and companion. Frequent clinic visits also allows you to check on the progress made by an owner’s pet. It also gives you the opportunity to suggest other forms of care should a previous method yield unsatisfactory results.

Veterinary clinic visits also allow pet owners to ask any questions and raise any concerns they have over the well-being of their household companion. This is also a time to put them at ease by thoroughly checking their pet to see the areas of concern and those that aren’t.

Just like humans, pets benefit from rehabilitation after going through surgery. Doing so helps a pet make a complete recovery.